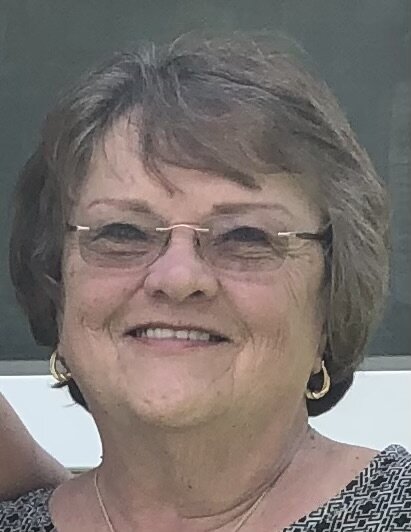 Please share a memory of Marilyn to include in a keepsake book for family and friends.
View Tribute Book

Marilyn Ann Dockery, 77, of Oakland, New Jersey passed away on Saturday January 21, 2023.  She was born December 4, 1945 to Michael and Mary Komar.  Marilyn and her three sisters Kathy, Micki and Ann Marie were raised in Elmwood Park, NJ.  After high school, Marilyn attended Montclair State where she obtained a Business degree.  She was a Real Estate agent for over 30 years.

Marilyn  was blessed with three wonderful boys-Eric, Keith and Jason Duncan.  She moved to Oakland in 1977 where she lived until her death.  Marilyn was very involved with her children’s activities in Oakland Recreation.  She coached their baseball teams and was the first woman president of the Oakland Baseball Association.  She also cheered them from the sidelines at their football games.

Marilyn married the love of her life, James Dockery, in 1992.  They had a wonderful 19 years together until his death in 2011.  After Jim’s death, Marilyn became a crossing guard for the Borough of Oakland.   She took great pride in her job and enjoyed interacting with the children she crossed each day.  She retired as a crossing guard in September 2022.

Marilyn took pleasure watching her grandchildren grow up.  She attended many school and athletic events and was their biggest cheerleader.

In lieu of flowers, the family is requesting donations to the Oakland First Aid Squad, PO Box 5, Oakland, NJ 07436.

Share Your Memory of
Marilyn
Upload Your Memory View All Memories
Be the first to upload a memory!
Share A Memory