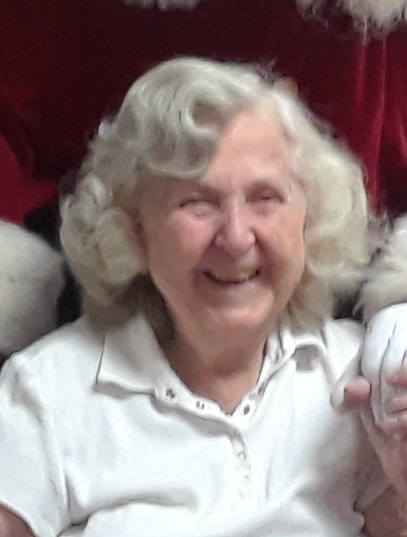 Please share a memory of Rosemary to include in a keepsake book for family and friends.
View Tribute Book

Rosemary Mantei, 95, a long-time resident of Oakland, NJ, passed away peacefully on Sunday, December 11 surrounded by her daughter Diane and son-in-law Robert Adler.  She is now safely home with her husband and three babies she has never met, and she must be so happy to be with God and with them.

When Rosemary finished high school, she went to work to help her parents who had seven children. A co-worker named Dot asked her if she would help Dot's brother who was fighting in WWll by writing to him.  Mom agreed and, when the war ended, Dot's brother Roy was discharged.  Within a year, Rosemary and Roy were married.  Roy, Jr. was born a year later, and Diane was a few years after, and they both had an Aunt Dot for life.

Rosemary's family (her husband Roy Sr. , her son Roy Jr., and her daughter Diane) moved from Clifton to Oakland in 1959 as the town began to grow.  They were one of the original families to help start Our Lady of Perpetual Help Church (first on chairs in the American Legion Hall), and where Rosemary volunteered with other mothers to work in the cafeteria when the OLPH School opened. She joined the Rosary Society and other organizations in the church, always ready to help. Her children received some of their sacraments there -  First Holy Communion, Confirmation, Diane's eighth-grade graduation, and Diane and Bob's wedding. Rosemary and husband Roy celebrated their 50th wedding anniversary in the church, and several years later laid Roy Sr. to rest in eternal peace.

Mom enjoyed her neighbors and friends over the decades, visiting on each other's porch, playing cards, and helping other people out. She was proud of her children when they graduated high school, went to college, or served in the Vietnam War. When Dad became ill for years, she cared for him as well as going to work as an office worker, for Glebar Company, International Wire, and Battenfeld Fischer over the years.  After Dad's death, Mom continued her volunteer work helping in township organizations, in St. Mary's Church, in Church of the Presentation, and in the Ramapo Reformed Church. She will be missed by so many friends, neighbors, and especially her family

Share Your Memory of
Rosemary
Upload Your Memory View All Memories
Be the first to upload a memory!
Share A Memory