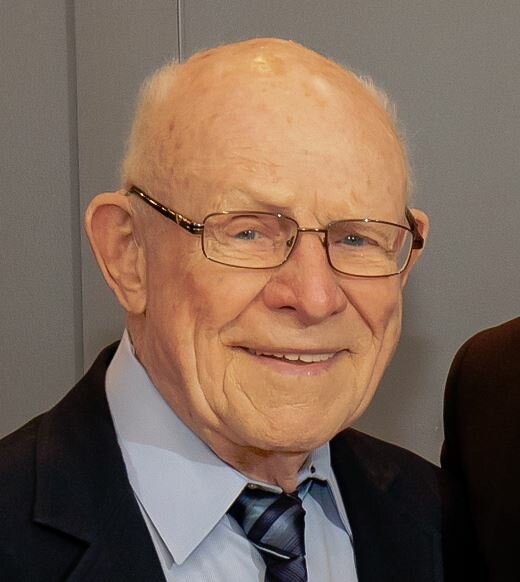 Please share a memory of Thomas to include in a keepsake book for family and friends.
View Tribute Book

Thomas Hale Smith, Jr. was born in his parent’s home on Jasper Street in Paterson, NJ on December 9, 1929 to the late Thomas Hale Smith and Alice Smith.  He departed this life on November 23, 2022 at the age of 92 at the Valley Hospital in Ridgewood, NJ.

Visitation will be held at Oakland Memorial Home, 330 Ramapo Valley Road, Oakland, NJ on Wednesday November 30 from 4 to 8 PM.  We will be sharing some family memories around 7 PM.  All are welcome to participate.

Tom graduated from Central High School in Paterson in 1947 and then served in the Navy during the Korean War from 1951 to 1955 as an Electronic Communications Technician.  He was later employed by Kearfott Guidance and Navigation Systems in Little Falls, NJ while finishing his degree in Electrical Engineering at Fairleigh Dickinson University in Teaneck, NJ.

He is survived by 3 sons, Bob, Tom and Jim along with 5 grandchildren, Brian, Sharon, Brett, Stephen, Lyndsey and 2 great grandchildren, Oliver and Emery.
He is preceded in death by his wife Alice Ann Smith, his parents Thomas and Alice Smith and his sister Elizabeth.

He loved the sunshine and spent a lot of time water skiing with his family on the lakes of New Jersey before building a second home at Lake Wallenpaupack in Pennsylvania to enjoy the same.

He enjoyed his gardening and work around the home as well as his family in his later years and was also a member of the American Legion in Oakland, NJ.

He will be missed by all.