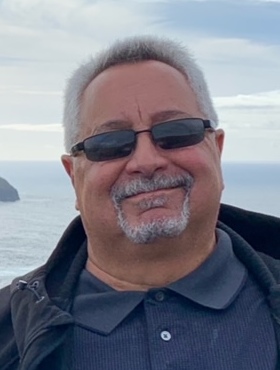 Please share a memory of Edward to include in a keepsake book for family and friends.
View Tribute Book

It is with great sadness that we announce the unexpected passing of Edward S. Ryer, of Newport Coast, California.

Ed was born February 6, 1955 in New York City to Lillian and Alfred Ryer who raised him and his sister, Pamela, in the Bronx.

Ed worked in the furniture industry for over 40 years, starting (and excelling) as a sales associate at Seaman’s, Levitz and Huffman Koos, among others. Along with his wife Vivian, Ed built and grew an advertising company, Millennium Graphics, catering to the furniture industry. Following 28 years of raising their family in Oakland, New Jersey, Ed and Viv moved to Newport Coast, California, where Ed enjoyed views of the ocean, three-mile walks with his dog and 70-degree winters.

Ed leaves behind his wife of 36 years, Viv, and sons Jared, of Riverdale, New Jersey, and Alex, of Long Beach, California.

Ed was a passionate Jets and Yankees fan, a lover of red wine and friend to all. Ed enjoyed travel and being a foodie worldwide.

In lieu of flowers, the Ryer family asks that donations be sent to the City of Hope.

Share Your Memory of
Edward
Upload Your Memory View All Memories
Be the first to upload a memory!
Share A Memory