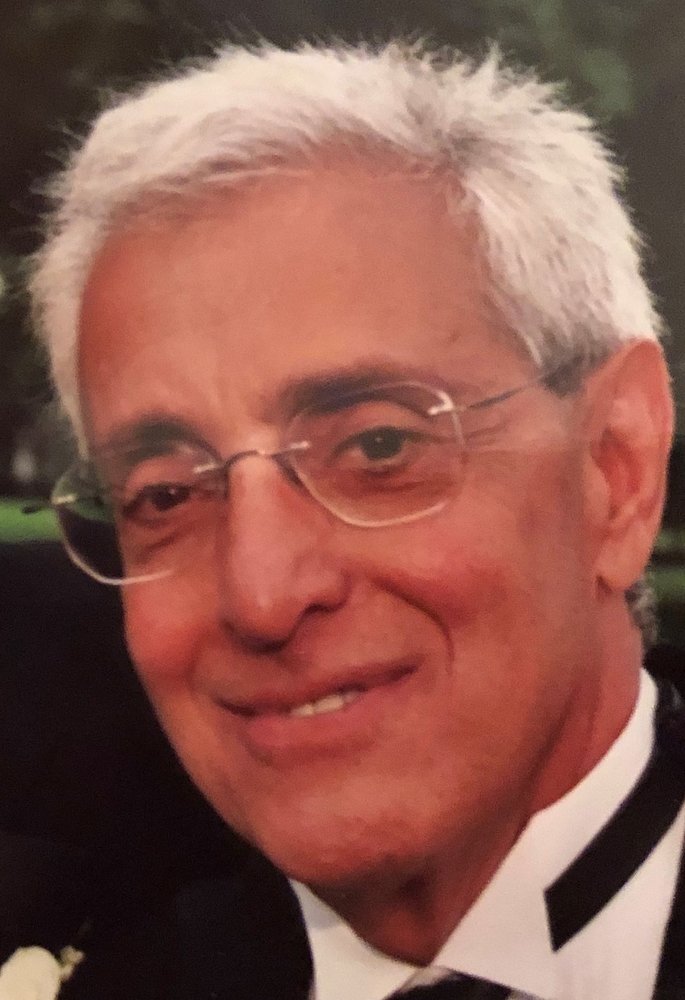 Don was born June 27, 1943 in Yonkers, NY to Dominick and Madeline (Ciliberti) Sena. The first in his family to attend college, Don graduated from Manhattan College in 1965 with a degree in engineering and received his MBA from the University of Pittsburgh in 1967. Don began his career as a computer programmer and then worked at IBM for 45 years in multiple roles, finishing his career as a systems analyst. He married Helen (Bednarick) Sena on November 3, 1967. They raised two sons, Donny and David, in Oakland, New Jersey.

Don and Helen were married in their early 20s and remained together for 51 years. They lived in the same house in Oakland for 48 of those years. “Big Don” (as he was known in the family) loved the outdoors and it showed in his many activities. On most days he was found with Helen happily tending to his garden, growing his vegetables and famous chili peppers, while helping Helen with her flowers. He strongly believed in volunteering in the community, including driving for Meals on Wheels and training for the Community Emergency Response Team in his town. He also exercised his considerable knowledge and passion for the environment by opposing gas pipelines and fracking, while supporting the National Park system and pushing for clean water. His adventurous spirit took him to Taiwan, Canada, England, Switzerland, the Netherlands and China, and his love of the outdoors and pushing his limits found him attending Outward Bound trips, hiking to the bottom of the Grand Canyon and portaging a canoe through Canada at 70 years old.

He believed deeply in physical fitness and the value of sports. He played football in high school, joined the running craze in the 1970s and the bicycling craze in the 1980s, took up scuba diving and skiing in his 40s, and walked and lifted weights in his later years. He instilled these values in his sons, coaching and teaching his boys how to play baseball, basketball, football and even soccer, a sport totally alien to someone growing up in Yonkers in the 1950s.

To his family, he was a strong patriarch in every sense of the word. His family never saw him intimidated or afraid of anything he faced in life, and that was powerful to be around. Don had no tolerance for pretentiousness and abhorred a sense of entitlement, and if either was ever exhibited by his sons it would be an instant lesson. He was the consummate handy man and extremely generous, helping friends, neighbors and family, especially fixing many things on his sons’ houses and apartments over the years. He was a wonderful father to his two boys, teaching them to always work hard, never feel sorry for themselves and never give up when going after a goal. One of his favorite sayings was “I don’t know about that.” The lessons were “don’t believe everything you read; convince me with facts; educate yourself.” His other go-to saying was, “What the hell do you think you’re doing,” usually aimed at his two sons when they were not giving their best effort at something.

His three grandchildren adored him, and “Pa” could be counted on for fun, adventure and a lot of love. It was inspiring to watch as he never let his heart problems or advancing age stop him from doing anything he wanted to do, no matter the risk; he insisted on living his life on his own terms.

Don was preceded in death by his brother, Michael. He is survived by his wife Helen, his two sons and their wives, Donny (Carolyn) and David (Yunchiahn), his three grandchildren Helena, Dominick and Luke, as well as other family members and many friends that he made over his 76 years.

A visitation and memorial service will be held Saturday, November 2, 2019 at the Oakland Memorial Home in Oakland, NJ from 10 am to 2 pm, followed by a meal at Portobello’s Restaurant in Oakland, NJ at 2 pm.  In lieu of flowers, the family requests donations in Don’s name to the Sierra Club (https://www.sierraclub.org/) or St. Jude Children’s Research Hospital (https://www.stjude.org/)

Share Your Memory of
Donald
Upload Your Memory View All Memories
Be the first to upload a memory!
Share A Memory