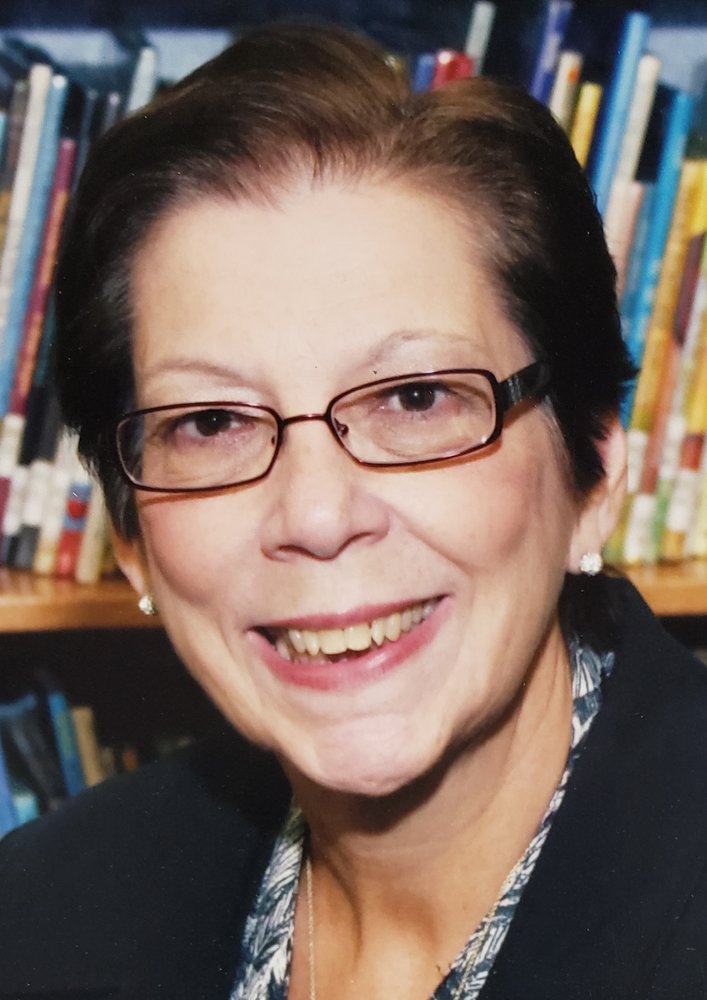 Born in in Weehawken, NJ on December 21, 1953 to parents William John and Juliette Marie Baumann, of Oakland NJ. Judi grew up in Oakland with her brother Billy and later moved there with her family. She is survived by her loving husband Vincent, daughters Juliette and Jacqueline and beloved cats Rosie, Sammy and Oliver who never left her side. Especially Sammy who was her nurse and watched over her throughout the years.

Judi graduated from Indian Hills High School in 1971 and received a Diploma in Nursing from Holy Name Hospital in 1977, a Degree with Human Services Specialization in Health Services from Thomas A. Edison College in 1981 and a School Nurse Certificate from Caldwell College in 1992.

Upon graduating from Holy Name Hospital, Judi worked in pediatrics and then managed an Ear Nose and Throat office on 106 Prospect Street in Ridgewood. There she met a patient named Vinny Caruso and as he said “she drew his blood and got under his skin”. They later married on May 2, 1981 and a few years later had two girls who were her world, Juliette Virginia and Jacqueline Marie. Judi adored her girls and lived every moment for her and her family.

In 1982 she came to Valley Hospital and worked as an Operating Room Nurse for 39 years. She eventually worked part-time at the hospital while working full-time at Travell School in Ridgewood, getting back to her passion for children and teaching. At Travell, for 25 years, she impacted the lives of many children, parents, teachers and staff, patching up their cuts and bruises with a smile and a laugh. She even went out of her way to comfort ill children in her school by making house calls to help ease their pain. Everyone knew she was ruler of the roost at school, she had a commanding presence but a kind heart and when she became ill in 2011 she had the Travell army around her. Nothing could stop her!

Judi fought every day to be present at home, at work and in her life. She treated everyone with kindness, never judged, asked anyone for anything and gave you a hug on top of it all. Over the years she touched many lives and continued to reinvent herself in the face of adversity. Most recently she volunteered at The Luckow Pavilion as she wanted to show oncology patients that they have the strength to fight and to win, just as she did. Eight years K.A. She enjoyed attending Sunday mass at St. Mary’s Church, spending time at home, shopping for deals, wining and dining with her bffs, Winnie the Pooh, dressing her best (accessories always!), traveling and spending quality time with her husband and children.

We will miss Judi but know she has left an incredible legacy which has left an impression on an infinite number of people and the world is better for it.

A Roman Catholic Mass is scheduled for Saturday, August 10th at 11am at St. Mary’s Church in Pompton Lakes.  The family requests that in lieu of flowers donations be made to The Lustgarten Foundation in Judi’s memory at [https://www.lustgarten.org/], Alzheimer’s Association [https://www.alz.org/] to honor her late mother and the Ramapo-Bergen Animal Refuge [https://rbari.org/] to honor her furry friends.

We would like to thank family, friends, the Travell School/Valley Hospital/Ridgewood Community for lifting Judi up, never giving up on her and for being a part of her squad. We will continue to walk in Judi’s honor and then walk an extra mile for her. Please join The Valley Hospital’s Team to raise funding for Pancreatic Cancer Research on Sunday, September 22, 2019 at Bergen Community College in Paramus. To register visit: https://events.lustgarten.org/thevalleyhospital.

Share Your Memory of
Judi
Upload Your Memory View All Memories
Be the first to upload a memory!
Share A Memory