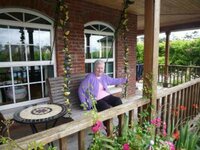 Margaret (“Peggy”) Carr, 84, of Allendale, NJ (formerly of Franklin Lakes and Elmwood Park, NJ) passed away on October 14, 2021. She was born and raised in the Bronx, NY, daughter of John and Mary Agnes Carr. She graduated from Saint Helenas H.S. and Fordham University. She professed her vows to the Dominican order of Sparkill, NY where she served for 15years. After leaving the convent, she continued as a teacher at O.L.P.H in Oakland, NJ and then the Bronx, NY. She finished her working career with the Transit Workers Union of NYC, Local 100, in the Medical Benefits division. She is survived by: her brother, John Carr and sister, Alice Hoey; nieces: Maureen (Carr) Tangel, Theresa (Carr) Jones, Eileen (Carr) Dowd, Robin Hoey; and nephew John Carr and many grandnieces and grandnephews. She was preceded in death by her parents, her brother, James Carr and his wife Eileen, sister-in-law, Kathleen Carr, brother-in-law John Hoey, nephews, James Carr, Jr and John Hoey, Jr and her dear friend Catherine (Kate) Guinan. Peggy loved to travel to Ireland. After retiring, she would spend months at a time there with Kate and her family where she developed many long-lasting friendships that continued until her death. Visiting will be held at Oakland Memorial Home, 330 Ramapo Valley Rd, Oakland, NJ on Sunday, October 17, 2021 from 3pm-6pm. A funeral mass will be held at the Church of Immaculate Conception, 900 Darlington Ave, Mahwah, NJ on Monday, October 18th at 10:00am to be followed by burial at Maryrest Cemetery, Mahwah, NJ.