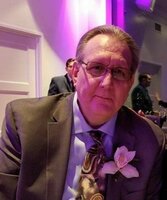 Michael Anthony Bendzak, 64, of Clifton NJ entered eternal rest on Sunday, September 5, 2021. Michael was born in Passaic NJ to Josephine and Louis (deceased) Bendzak and raised in Garfield, N.J. Michael was a valiant fighter of cancer for many years. Michael’s career included several upper management level positions including V.P. of Operations. This gave him opportunities to travel overseas. He was an avid New York Yankees and New York Giants football fan. His favorite saying was, “Have you done something nice for a stranger today?” He lived his spoken word at every opportunity. He was beloved by his employees and always made sure to take care of them during the holidays with gift cards and food for their families. Michael leaves behind his five children: Natalie, Michael William and his wife Stephanie, Lisa, Marisa and her husband Daniel, and his youngest son Luke. He also leaves behind his two beautiful grandsons Fenix Michael Brozina and Brody Lee; estranged wife Laura and girlfriend Madeline Echevarria. His is survived by his six siblings: Catherine, Louise, Vincent, Philip, Christopher, and Lewis. He is predeceased by his brother Bernard. In lieu of flowers, donations can be made to Michael’s favorite charity of Saint Jude’s Children’s Hospital. Services for Michael will take place on Thursday, September 9, 2021 between the hours of 3:00 p.m. and 7:00 p.m. at Oakland Memorial Home in Oakland NJ. Prayer Service will begin at 6:30 p.m.