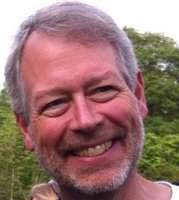 Wayne MacDonald Ross, of Wanaque NJ, was 58 years old when he died on January 2, 2016, after a valiant battle with cancer. He was born in Buffalo NY on May 8th, 1957, to Wayne Hathaway Ross and Grace MacDonald Ross. He grew up in Tonawanda NY and Upper St. Clair PA before moving to New Jersey in 1985. He was a territory representative for Benjamin Moore & Co., Inc., having just celebrated his 15th year with the company and 30th year in the paint industry. He was an active member and ordained elder of Community Presbyterian Church in Ringwood NJ for the past 18 years. His volunteer activities at CPC included the Carpenter's Club and the 1st Wednesday Night Men's Dinner Group. Wayne also worked closely with the church's mission group traveling to New Orleans 5 times to volunteer with the St. Bernard's Project. He and the other members of the mission team spent a week each trip helping rebuild homes in the Lower 9th Ward of New Orleans after the devastation of Hurricane Katrina. It was a deeply moving and life changing experience for him. Wayne was an avid boater and motorcycle enthusiast. He traveled twice to ride "The Tail of The Dragon", a motorcycle rider's trip of a lifetime, in the Great Smoky Mountain National Park in Tennessee. He was a huge fan of the Pittsburgh Steelers. Wayne had a bright smile and hearty laugh. He could talk to anyone, making them feel comfortable and at ease. He enjoyed a good joke, a spicy meal, and single malt scotch. Wayne was graceful, genuine, selfless and faithful. He was loved. He is survived by his beloved wife of 25 years, Janet Carafa Ross, and their two children, Katharine and Michael; his sister Martha Ross Mockaitis and her husband, Thomas Mockaitis; his brother Matthew Ross; and his sister-in-law Donna Carafa Borra, as well as nieces and nephews. He was predeceased by his father and mother. Visiting will take place at Oakland Memorial Home, 330 Ramapo Valley Road, Oakland NJ on Friday, January 8th from 5 pm - 9 pm. The service to celebrate his life will be at Community Presbyterian Church, 145 Carletondale Road, Ringwood NJ, on Sunday, January 10th, at 3 pm. In lieu of flowers, please consider donating to St. Bernard's Project at stbernardproject.org (indicate in memory of Wayne M. Ross in the notes) or Community Presbyterian Church.